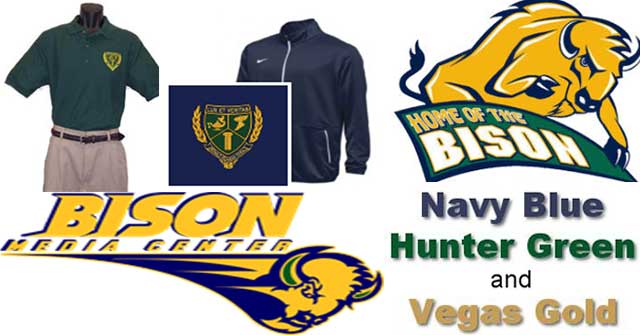 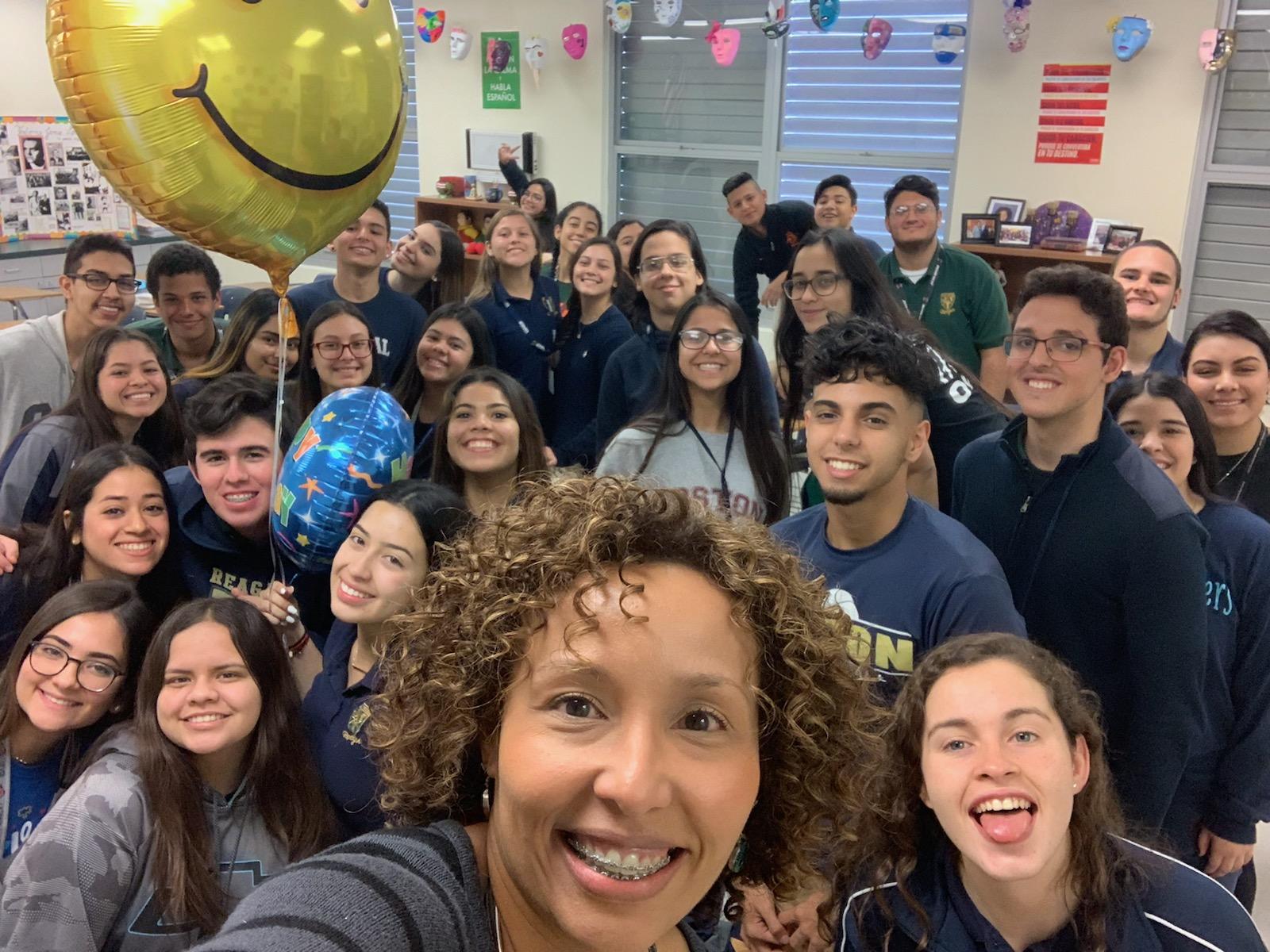 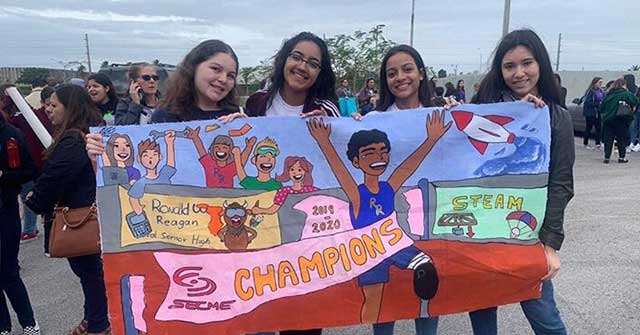 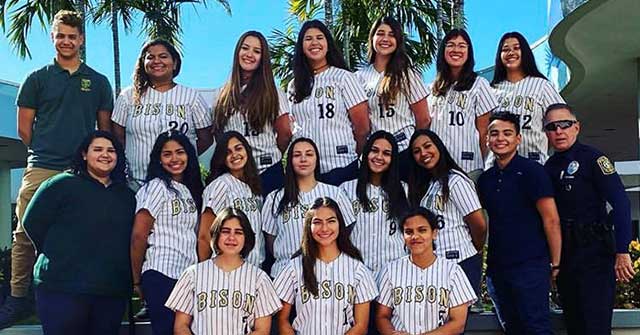 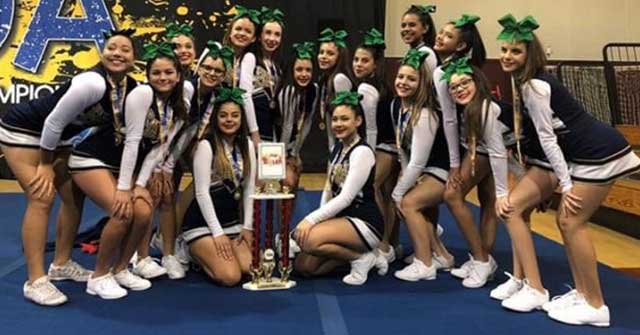 Amnesty International
Sponsor: Victor Lulo     viclulo@dadeschools.net
Meeting room: 309 / Meeting days: TBA
Amnesty International is derived from the Amnesty International organization. Our main focus in the school is to expose the student body population to the horrid violations of human rights. We believe that knowledge is power and with it you have a chance to change injustices. Who said silence was golden? Amnesty International- Speaking up for those who don’t have a voice, because silence kills.
Requirements: Amnesty is open to every Bison who wants to make a difference and give a voice to the oppressed at home and around the world; as long as they comply with Ronald Reagan/Doral HS and MDCPS regulations regarding academic progress, attendance, and behavior.

Art League
Sponsor: Wesly Alvarez     alvarezw@dadeschools.net
Meeting room: 179 / Meeting days: TBA
Amy Lowell once said, “Art is the desire of a man to express himself, to record the reactions of his personality to the world he lives in.” This is exactly what the Reagan Art League aims to do, give students the opportunity to use art as a mechanism for self-expression. It seeks to gather all appreciators of the visual arts into one room to seek truth, reality and creativity through drawing and painting. It seeks to challenge developing artists to grow day by day. Developing artists will inspire one another and critique each other, encouraging each other to work as hard as possible.

Book Club
Sponsor: Ana Medina-Fernandez     fernandez-medinaa@dadeschools.net
Meeting room: media center / Meeting days: TBA
Our mission is to create an all-inclusive club. All are welcome to join, this means all students, teachers, administration, office staff, security, café workers and custodial staff during which the discussion of books takes precedence. As Bison Book Club members, we hope to promote a love of reading and Socratic dialogue. We will have snacks and scintillating conversations about characters, themes and happenings in books. All members are encouraged to share their insight on character and plot development as well as their favorite snack food/drink. Throughout the year we hope to host “OPEN MIC” sessions where members can share their favorite part of a book or poem or original writing. We will uphold the highest of standards with respect to listening and honoring the ideas of all members.

Senior Class of 2015
Sponsor: Ashley Noffo     anoffo@dadeschools.net
Meeting room: 173 / Meeting days: TBA
The Senior Club’s goal is to promote unity and school spirit among its members. The Senior club maintains and also attempts to create new traditions which are safe, fun, and memorable. As the eldest students in the school, the Senior club is a vital part of what makes Reagan such a great school. In addition to school activities, the also promote community involvement by completing service projects such as the Pop-tab collection for Ronald McDonald House of Charity and participation in the Special Olympics.

Junior Class of 2016
Sponsor: Willie Gant     jaimegant@dadeschools.net
Meeting room: 102 / Meeting days: TBA
The Junior class is always planning to out due the rest of the classes. Their goal is to promote class unity and school spirit. They are active members in the school and participate and assist the Senior class in many of their activities as they hope to learn what works so that their senior year will be smooth successful year.

Sophomore Class of 2017
Sponsor: Maria Pardo     mvpardo@dadeschools.net
Meeting room: 330 / Meeting days: TBA
Two years old, and two years to go, the sophomores’ Club goal is to promote pride in their class and school. Sophomore year is the year where they assist the Senior and junior class in as many activities as possible. Students in the Sophomore club do not hold positions, but instead work as a board to meet their goals. Class elections are held in the month of April during their sophomore year.

Freshman Class of 2018
Sponsor: Ana Medina-Fernandez     fernandez-medinaa@dadeschools.net
Meeting room: media center / Meeting days: TBA
The youngest students at Reagan, the Baby bison have four years to learn what it means to be a bison. The Freshmen’s class goal is to begin to unite it’s class by participating in several activities throughout the year. Students in the Freshmen club do not hold positions, but instead work as a board to get their goals met.

FCCLA (Family, Career, and Community Leaders of America)
Sponsor: Marysu Correa     mbortz@dadeschools.net
Meeting room: 30 / Meeting days: TBA
Family, Career, and Community Leaders of America is a nonprofit national career and technical student organization for young men and women in Family and Consumer Sciences education in public and private school through grade 12. Everyone is part of a family, and FCCLA is the only national Career and Technical Student Organization with the family as its central focus. Since 1945, FCCLA members have been making a difference in their families, careers, and communities by addressing important personal, work, and societal issues through Family and Consumer Sciences education. Involvement in the FCCLA offers members the opportunity to expand their leadership potential and develop skills for life – planning, goal setting, problem solving, decision making, and interpersonal communication – necessary in the home and work place.

First Priority (Worship)
Sponsor: Jonas Campos     jcampos@dadeschools.net
Meeting room: 305 / Meetings days: Fridays
First Priority (www.firstpriority.cc) is a student led club that welcomes all of our students at Reagan no matter what their religious (or non-religious) beliefs are. The goal of First Priority is connecting the church to reach the campus for Christ!

Forensics League (Debate)
Sponsor: Iris Sanchez-Ruiz     isanchez_ruiz@dadeschools.net
Meeting room: 303 / Meeting days: TBA
The Bison Forensics mission is to promote high school speech and debate activities as a means to develop a student’s essential life skills and values. Our vision is that every member in the club will be empowered to become an effective communicator, an ethical individual, a critical thinker, and a leader in a democratic society. Debate, as an extracurricular activity, increases college acceptance rates for its dedicated students by 30%, as opposed to sports team members at 5%, as a Wall Street Journal study showed. The NFL is the only honorary society that recognizes students in speech and debate, and it is the oldest and largest inter-scholastic forensic organization, which the Bison Forensics Team follows. Joining the NFL/Bison Forensics Team enables a student to claim a nationally-merited speech and debate experience.

French Honor Society
Sponsor: Patrycja Prokopowicz     patprok@dadeschools.net
Meeting room: 307 / Meeting days: TBA
French Honor Society aims to promote the knowledge of French culture and language. Students who are members of the club believe that knowing a second language only opens more doors for one in life. Many of the clubs members strive to hold jobs in the future where their knowledge of the French language will be used.

Mu Alpha Theta (Math Honor Society)
Sponsor: Miguel Acosta     maacosta@dadeschools.net
Meeting room: 217 / Meeting days: TBA
Mu Alpha Theta – National High School and Two-Year College Mathematics Honor Society. Being one of the most respected among all honor societies in the United States nationwide, MAO explores the world of mathematics beyond that of an average student. MAO embraces the wonders of algebra, geometry, trigonometry, calculus, mathematical statistics, and any other branch of mathematics. Attending regional and state competitions, taking national exams for scholarships, and completing community service projects, MAO members fully commit themselves to do their best, improve their skill, and have fun with the backbone of the scientific and natural world. If mathematics is your best subject, or you are just interested in learning further, this club Is right for you.

Meeting room: 313 / Meeting days: TBA
The National Honor Society (NHS) is the nation’s premier organization established to recognize outstanding high school students. More than just an honor roll, NHS serves to honor those students who have demonstrated excellence in the areas of Scholarship, Leadership, Service, and Character. These characteristics have been associated with membership in the organization since its beginning in 1921. Today, it is estimated that more than one million students participate in activities of the NHS. NHS chapters are found in all 50 states, the District of Columbia, Puerto Rico, many U.S. Territories, and Canada. Chapter membership not only recognizes students for their accomplishments, but challenges them to develop further through active involvement in school activities and community service.

Philosophy Club
Sponsor: Miguel Acosta     maacosta@dadeschools.net
Meeting room: 217 / Meeting days: TBA
The National Honor Society (NHS) is the nation’s premier organization established to recognize outstanding high school students. More than just an honor roll, NHS serves to honor those students who have demonstrated excellence in the areas of Scholarship, Leadership, Service, and Character. These characteristics have been associated with membership in the organization since its beginning in 1921. Today, it is estimated that more than one million students participate in activities of the NHS. NHS chapters are found in all 50 states, the District of Columbia, Puerto Rico, many U.S. Territories, and Canada. Chapter membership not only recognizes students for their accomplishments, but challenges them to develop further through active involvement in school activities and community service.

Aperture (Photography Club)
Sponsor: Begoña Seijas     bseijas@dadeschools.net
Meeting room: 178 / Meeting days: TBA
The Aperture Club intends to develop an understanding of the technical and aesthetic foundations in photography through the latest digital technology. Students will take their own traditional or digital photographs and then utilize various digital photographic techniques; imaging scanning, color digital printing, and Adobe Photoshop. Students should be able to expand on camera, lighting, and dark room techniques, thus improving the photographic quality of their work. Students should be able to express aesthetic and emotional content related to varied subject matter.

SHAPE (Students Helping Achieve Philanthropic Excellence)
Sponsor: Iris Sanchez-Ruiz     isanchez_ruiz@dadeschools.net
Meeting room: 303 / Meeting days: TBA
The SHAPE club provides an opportunity for students to perform philanthropy, community service, advocacy and leadership. This is accomplished through a series of charitable events and a donation to a nonprofit organization of our focus area, within our community.

Spanish Honor Society
Sponsor: Maria Cabra     mcabra@dadeschools.net
Meeting room: 358 / Meeting days: Wednesdays
The mission of the Spanish National Honor Society is to empower youth through education and leadership development. The two major goals designed to prepare our youth as future leaders of a multi-cultural community are: